On Saturday, September 21, 2019, the WordPress Meetup group of Cotonou held its second meeting. The topic of the day was WordPress new features in 2019.

I had the pleasure of hosting this meeting, and I share here the notes I took when I was preparing myself.

To comply with the European Union’s General Data Protection Regulation, some privacy features were added to Core as:

One of the biggest changes in WordPress Core so far. This release introduced Gutenberg, the new block editor based on JavaScript with React.js.

Gutenberg changed the editing experience and received a warm welcome (as well as some controversies) from the community.

One of the major critics against WordPress was that it has been using for a long time older and sometimes not supported anymore versions of PHP.

Now, PHP 5.6 is the minimum requirement, and, while sites using lower versions of PHP will still receiving security updates, they won’t be able to upgrade to newer versions of WordPress.

The WordPress Governance Project was introduced by Rachel Cherry and Morten Rand-Hendriksen.

The purpose of the project is to explore:

A Little Better Every Day

This release focuses on polishing and improving Gutenberg’s performance. It also introduced Site Health, to help to have an overview of a site, and other information about WordPress and the server of a site.

WordPress reaches the bar of 33% of websites powered around March 2019 (according to W3Techs).

This part is still growing, and today, we’re approaching 35%.

This release was one of the most awaited of the year, as it introduced a lot of interesting features.

One of them is the Fatal Error Recovery mode.

Before 5.2, when an error occurs on a WordPress site, either because of a broken plugin or theme or because of a manipulation error on the dashboard, it leads to a « white screen of death » and one of the method to restore the site was to put the hand in server stuff.

With the new recovery mode, errors on the site will throw a screen notifying that the site is experiencing difficulties. And better, an email is sent to the site admin with a link to enter a recovery mode and fix the error.

Millions of peoples use WordPress in 200+ languages to create content, run their business, advertise, etc… WordPress Translation Day is dedicated to localizing the WordPress platform and its ecosystem and giving the voice to thousand of contributors who work to make WordPress accessible in theses languages.

WordCamps are the gathering for people of WordPress to exchange, contribute, discuss to the CMS, and also to party. WCEU 2019 was the biggest WordPress in history and was the place of great and major talks about WordPress.

WordPress 5.2.3 fixes 6 security issues, most were related to cross-scripting (XSS).

It also updated the jQuery version used in WordPress to 3.4.0.

One of the major projects from 2019 focuses is to expand the block editor beyond the content area and into other parts of the site. This included, so far, explorations to bring blocks into other screens within the dashboard as well as converting existing widgets into blocks.

The theme development will be lead by Ian Belanger, a sponsored WordPress Core Contributor by Bluehost. The design of the theme is inspired by Chaplin, a WordPress theme by Anders Norén, who will lead the design.

Want to have continuous updates about WordPress new features? Follow the project blog not to miss anything. 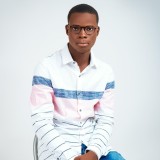 I'm a WordPress Engineer and Core contributor based in Benin. I love building amazing things with WordPress and challenging myself with the CMS. I care a lot and advocate for accessibility on the web.

Also an open science advocate who cares about accessible science and science results for people from developing countries.